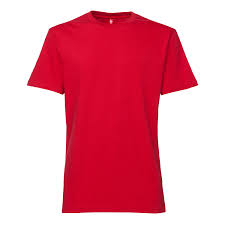 Christensen got his first taste of college wrestling action Sunday and he ended his day with a championship.

He pinned his way through the bracket.

In total, Christensen spent just 3:24 on the mat.

Termini battled his way to a perfect 4-0 record in the freshman/sophomore division’s 141-pound weight class.

He began the day by pinning Garrett Moll (Northern Iowa – Unattached) in 41 seconds. He then edged Noah Nemmer (Iowa State) 11-8 in the quarters.

Freshman Eric Barnett also made his collegiate debut. He placed second in the freshman/sophomore division at 125 pounds.

There, he topped Kyle Gollhoffer (Northern Iowa – Unattached) via a 12-5 decision.

In the championship bout, Barnett fell to Chris Cannon (Northwestern – Unattached) by decision, 7-3.

A week removed from winning the Pointer Open, freshman Josh Otto placed second in the freshman/sophomore division at 165.

He then defeated Caleb Long (Iowa State – Unattached) by decision, 7-3.

In the finals, Otto was pinned by Lance Runyon (Northern Iowa – Unattached) in 6:14.

A contingent of four of UW’s non-starters also made the trek to Ames. They were led by redshirt freshman Drew Scharenbrock who won the championship at 157 pounds in the open division.

He pinned Kevin Foley (Iowa State WC) in 3:27 to advance to the quarters. Once there, he defeated Keaton Geerts (Northern Iowa) 24-5.

In the semifinals, Scharenbrock pinned Paden Moore of Northern Iowa in 3:52.

Anders Lantz (174) and Brady Wetter (197) also competed for Wisconsin, but did not place.