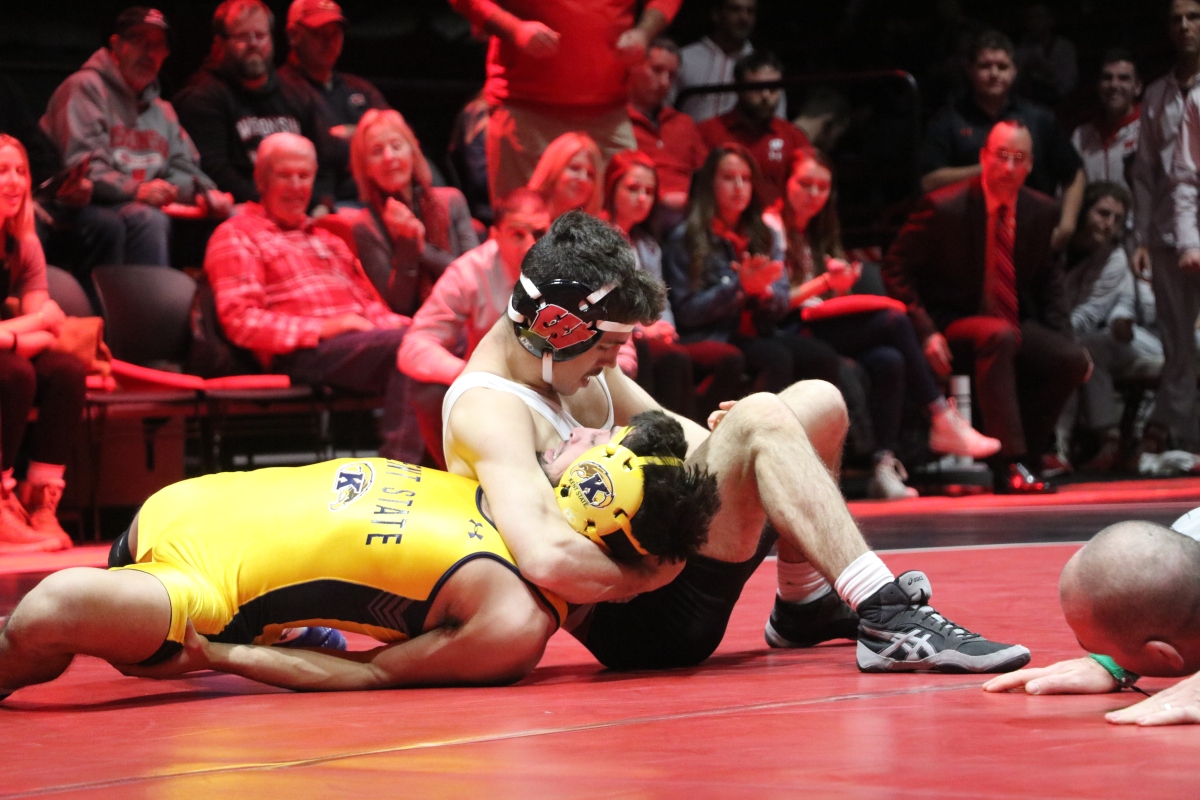 From the get-go there were signs Eric Barnett was going to have an opportunity to break into the Wisconsin lineup early in his career.

The Hortonville (Wis.) High School product was highly-touted in his prep days. He compiled a 185-3 record in folkstyle and was undefeated from his sophomore year onward, with a trio of state championships.

Barnett was ranked No. 2 in the country at 126 pounds by FloWrestling as a senior and was a Fargo National Champion in freestyle in 2018.

But in the world of Division I college wrestling, few true freshman even break the starting lineup with any regularity, much less offer any significant contributions in their inaugural campaign.

At the onset of the season, Barnett was listed as a member of the traveling roster for Wisconsin’s three duals in San Diego. Though he did not see any action, his inclusion on that list could be interpreted as a potential signal of his his readiness.

Redshirt senior Michael Cullen asserted himself as the starter at 125 pounds early in the year.

He posted a 4-3 record, including a 2-2 mark in duals. Two of his three losses were by a combined two points.

However, Cullen suffered an apparent leg injury in a 16-0 loss to No. 1 Spencer Lee of Iowa back on Dec. 1.

Less than a week later, Barnett found himself in the starting lineup at the SIU-Edwardsville Cougar Clash. He seized the moment, going 3-0 and winning an individual championship.

Last week, Barnett got the starting nod in the Badgers dual against Kent State and he won by fall in just 1:40 to earn his first career victory in the UW Field House.

“I wanted to pump up the crowd right away,” Barnett said. “This was my first opportunity to hear the crowd go crazy.”

Barnett is now 6-1 on the year against NCAA competition and has a 4-0 mark while wrestling attached.

“I’m very excited for this guy,” UW head coach Chris Bono said of Barnett. “I think the sky’s the limit for him. He’s doing all the right things. He’s ready to go. He’s hungry.”

Bono has spoken glowingly about Barnett on several occasions recently. When asked if he draws any comparisons between his freshman self and Barnett, the four-time NCAA qualifier and three-time world team member was quick to point out some contrasts.

After a few laughs and smiles, Bono continued.

“He’s special. He’s a great kid on and off the mat,” said Bono. “He brings that high-energy, the joking around. And then he’s dead serious when he gets out there. I’m glad he’s got that “W” on his chest and he’s competing for us. I wouldn’t want to have to compete against him.”

Barnett originally committed to the University of North Carolina. But Bono and his staff were able to flip the in-state recruit upon their arrival back in 2018.

Now donning the Cardinal and White, Barnett has seen himself make noticeable strides since setting foot on campus.

“I’m a much better wrestler than I was in June. Just rolling around with guys like [Seth] Gross and [Dom] Dentino and scrapping with [Tristan] Moran sometimes. Just figuring stuff out, figuring out bottom, and figuring out how to get to my attacks.” Barnett said. “I’m a much better wrestler. I think if I wrestled myself from, like, five months ago, I’d major myself or tech myself.”

Given what he has seen so far, Bono has high hopes for his young 125-pounder.

“He’s going to have a hell of a career here at Wisconsin. He’s going to be a fan favorite,” Bono said. “We just have to make sure we do the work and that we’re prepared each and every day.”

When asked about his goals, Barnett doesn’t mince words.

“The sky is the limit. I truly believe I’ll be a national champ while I’m at Wisconsin — multiple time,” Barnett said. “If I’m not, then what am I here for, honestly?”