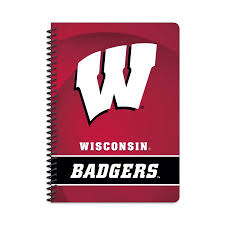 As second semester begins, so does the meat of the Wisconsin wrestling team’s dual meet schedule.

The Badgers come face-to-face with five of their cohorts in the top-10 over the next four weeks.

That grueling stretch begins this weekend with a trip to No. 3 Minnesota Friday, followed by a home dual against No. 7 Nebraska Sunday at the UW Field House.

The Golden Gophers are up six spots from their ranking at the beginning of November. Thanks, in large part, to the return of sophomore heavyweight Gable Steveson who was not with the team at the onset of the season due to pending legal issues off the mat.

Nebraska has been a top-5 team at points this season and has consistently been ranked in close proximity to the Badgers. That dual will be a good measuring stick of where each squad sits roughly halfway through the campaign.

From there, Wisconsin will host No. 4 Ohio State. The Buckeyes have one of the nation’s hottest wrestlers in redshirt senior Luke Pletcher. The senior 141-pounder is ranked No. 1 in the nation and boasts a 15-0 record. Nine of his matches this season have been bonus-point victories.

A road dual against Indiana should give UW a chance to catch its collective breath. But then it’s right back to the grind with a showdown against an upstart No. 6 Purdue squad just two days later.

The Boilermakers have made enormous strides since the beginning of the season, recently leapfrogging the Badgers.

No. 2 Penn State comes to town Feb. 7. The Nittany Lions just announced that standouts Anthony Cassar (285 pounds) and Kyle Conel (197) are out for the season due to injury. But Penn State remains one of the premier clubs in college wrestling.

Two of UW’s final three duals are also against squads that are currently ranked. The Badgers host Michigan State before closing the season against No. 21 Michigan and No. 14 Northern Iowa, respectively.

The Panthers just finished ahead of the Badgers at the Midlands Championships at the end of last month.

As of this moment, the Badgers are slated to see 48 nationally ranked wrestlers in the second half of the season to go along with the seven ranked teams they will encounter.

Each Wisconsin wrestler is scheduled to face a minimum of three ranked opponents over the remainder of the regular season. Half of the roster will square off with five or more ranked foes between now and Feb. 20.

“There’s no doubt about it. This is the best conference in the country for wrestling,” UW head coach Chris Bono said during his weekly press conference. “These guys that you’re wrestling now, seriously, these are the guys you’re going to be wrestling in the quarters and the semis and finals of the NCAA tournament.

“So it helps us to wrestle them once, especially our program. We usually to get better the second time we wrestle somebody. So we’re able to game plan and strategize. This time of year if you’re wrestling teams that aren’t that good, it gives you a false sense of how good you really are. So we’re excited that basically, every week, our guys have to get up for the quarterfinals, semifinals of the national tournament.”

Fortunately for UW, six of these duals will be at home, a bit of perk for a team that had just one home dual during first semester. Part of that scheduling is by design.

“What people don’t understand is I built the schedule this way,” Bono said. “We don’t fly the second semester, except for Big Tens. We’re home. We’re close. The whole month of February, I believe, we’re home. And that’s the way it’s planned.

“I’d rather get [the team] on the road early, test them, make them come together as a team. Now, when we’re home, we get more training days, we don’t have to travel as much. And that’s what it’s about in the second semester, being able to … compete, correct your mistakes, get better, heal up and it’s hard to do that when you’re on the road.”

Coming into the season, there was some question of how much action Seth Gross would see in the first semester of the season.

As it turns out, Gross, who is coming off back surgery, didn’t miss a single UW event in the first half the season. The sixth-year senior is 15-1 on the year and ranked No. 1 in the nation at 133 pounds.

He won a Midlands title last month and also managed to qualify for a spot in the Olympic Team Trials in freestyle.

However, during that time, Bono and his staff were keeping a close on eye on Gross’ health.

“Seth’s getting better and better. You know, he’s coming off a major back injury. We had to really curtail his training during the first semester to see how his back would respond,” Bono said. “So now that all the trial and experiments are out of the way and he has held up completely, I think it’s exciting that we can train him a little harder and we can train him the way he needs to be trained and the way he wants to be trained and the sky’s the limit. I think you’re going to see a better Seth Gross from here on out.”

A man of his word, the UW head coach named Drew Scharebrock (157) and Jared Krattiger (174) as starters. Both were the Badgers’ top performers at Midlands in their respective weight classes.

While nothing is set in stone, it appears the Badgers are making significant strides in firming up their plans.

“The lineup is getting solidified. Again, it’s not 100 percent done. We’re looking for someone in those three weight classes to really step up. It’s still close,” Bono said. “But we’re excited about the lineup we’re about to put out there against Minnesota on Friday night.”